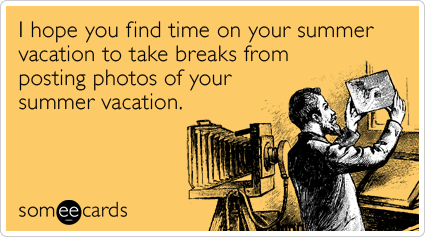 It was a normal Saturday night- my fiancé was in our bedroom doing homework, and I was on the couch with my phone in my hand. You know- the typical posture of someone living in this century.

I was innocently browsing Facebook when I fell into the trap of the comment section again. If you’ve been following my blog for a while, you know that my goal has been to stay out of comment sections. It’s probably my worst habit- and I don’t even have anything to say! I just read and absorb what people are saying, and 9 times out of 10, it’s ignorant, uneducated or mean and lately they’ve been all of the above.

As a highly sensitive person, I pick up on these attitudes so quickly and they ruin my mood. I saw one in particular that said something along the lines of “if you choose not to carry a gun to protect yourself and your family, that’s your choice. I just don’t think you should be allowed to call 911 for help if that’s the case.”

My sensitive soul took a beating with that one.

That comment was the straw that broke the camel’s back. Since August, after doing the math of how much time I spend on Facebook in a week, and then a month, and then a year, I’ve been very aware of how wasteful it is. Then I started unfollowing people who annoyed me, and then I started unfriending people who I no longer know. For me, the process had been in play for awhile, and it only took one ill-intentioned comment to push me over the edge. I immediately messaged my bridal party to let them know of alternate ways to get in touch with me, and then I deleted.

I have a few quick things to say about this process: when you delete, Facebook asks for a reason. That’s fine. Except my real reason, “I need a break,” was met with a “solution” from Facebook: reactivate in seven days, max.

Facebook, when I say we need to take a break, I will tell YOU when I’m ready to come back. I think it’s really forward and invasive of this company to automatically reactivate your profile after a short amount of time. To be fair, when my fiancé deleted a few months ago, they gave him 28 days… he ended up choosing “other” as a reason for leaving, a more permanent choice, and then he found out they had reactivated his profile without his knowledge when he was tagged in something and alerted by email. My Facebook reactivated twice the day after I deleted due to it being connected to Spotify. So annoying!

It reminds me of a creepy boyfriend who just keeps following you around after you break up. Move on and let me go, Facebook.

It has been two weeks since I’ve deleted. I don’t miss it at all. I have a ton of free time on my hands that is spent being productive, my mood has improved, I don’t get bombarded with negativity… overall, I just feel better. One negative piece is not being able to keep up with family and friends so easily, but the flip side of that is when you see them, it is so much more fun to actually talk and connect and share genuine emotional responses rather than “oh yeah, I saw that on Facebook!”

My original plan was to take a break for four weeks, until I return from my trip to Costa Rica, but I don’t miss it. Who knows if I’ll ever go back, or when? I certainly don’t have any idea. All I know is that I’m happy with how things are right now.

I know this move isn’t for everyone, and is an especially tough one to make if you use social media as a tool for business. If you can take a break, I highly suggest it. The positives outweigh the negative.

Until next time, namasté. Oh, and ps! Namastephanie now has an official Instagram. Find me @namastephanie1 🙂 (that’s namastephanie and the number one!)