Believe it or not, Buddhism has nothing to do with actually worshipping “that fat guy.” But to those who are unfamiliar with Buddhism, it means little else.

I’ve been getting a lot of questions about Buddhism lately, so I thought I would post some facts about the philosophy as a small reference. This is just a small sampling of the fascinating world that is Buddhism.

These little blurbs are just answers to the questions I’ve been fielding recently- I’ve been interested in Buddhism since I first became aware of it about ten years ago, but took a class three years ago and have been studying it more seriously ever since. I don’t call myself a Buddhist (many Westerners don’t), at least not yet. However, I have found it to be an attractive way to live my life, and have found peace through incorporating many of Siddhartha’s teachings into my daily living.

If you have any questions about Buddhism, the comments section is always open! I’m sure this won’t be the last time we explore the topic. 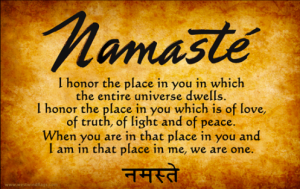